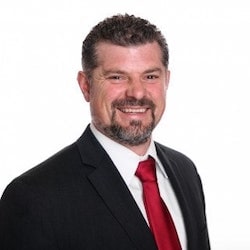 Spencer graduated with a J.D./M.B.A. in May 2004 from Golden Gate University School of Law and GGU's Ageno School of Business. He was the first student in GGU’s history to graduate with a joint degree in three years. He graduated with honors in both degrees and was awarded the “Outstanding Student” by former Magistrate Maria Elena James and GGU's Honors Lawyering Program faculty and staff in 2004.

Spencer’s first exposure to employment law dates to his paralegal work with Morgan, Lewis & Bockius LLP in Manhattan in 1998. He worked on Fair Labor Standards Act wage and hour disputes, class actions, and a variety of discrimination and retaliation cases. He also assisted in union negotiations during corporate mergers and acquisitions.

Spencer has been a panel attorney and resource for AIDS Legal Referral Panel since 2005. He has had the honor of helping hundreds of potential clients navigate some of the most challenging life decisions imaginable. He has been a member of California Employment Lawyers Association, Alameda Contra Costa Trial Lawyers Associations, and the California Bar Labor and Employment Section.

Spencer regularly presents on employment law issues in Oakland, California to the Success Link chapter of Business Networking International and local Chamber of Commerce chapters. He has also presented to the Richmond Center for the Arts on employment and business law, East Bay Women’s Network on sexual harassment and the “me too” movement.

In his spare time, Spencer enjoys cooking, fishing, traveling, reading, hunting and practicing martial arts. He completed a six-year yoga, meditation and martial arts program in Berkeley, California and Phu Reua, Thailand from 2005 through 2010 immediately after completing his J.D./M.B.A. Spencer currently fights for fun and fitness in the gym on a weekly basis, and in the courtroom for his clients. This passion for consensual, respectful combat in various arenas drives the meaning behind the firm’s tag line, “Legal Warriorship”.

Spencer applies fundamental principles of warriorship – loyalty and service – for His clients in the Bay Area and throughout California. He is reviewed on Google, Yelp and Avvo as a “polite bulldog” that achieves “spectacular” results. What sets him and his associate attorneys apart is that the firm has a 24-hour response guarantee for all existing clients, even if Spencer and his team are swamped in a trial, or on vacation. This is an unmatched, extraordinary pledge that no other Bay Area attorney dares put in writing.

Spencer believes that all clients deserve prompt responses to their case update requests so they know where they are in the process, and where they are headed in the future. Spencer’s formula for success has always been simple: listen, learn, lead and win. He has been doing just that consistently since 2006 throughout the Bay Area and California.

If you or someone you know has employment law, personal injury law, or civil rights law questions, Spencer can be reached by phone at (510) 645-1585 and by email at spencer@spenceryounglaw.com.

Contact Us
Practice Areas
Client Reviews
★★★★★
Great response time! Very thorough! Knows his stuff! My experience was first rate and would recommend Mr. Young because he took the time to address my concerns, provide clear examples, and most importantly, he listened. Ben A.
★★★★★
Mr Young is a brilliant young man with an astounding ability to sort through the dross of a situation, and get a handle on the true issues. And with all that having been said, he communicates with compassion, making sure you understand your options. I recommend him unreservedly. Robert W.
★★★★★
Super responsive and knowledgeable - Spencer not only responded to my inquiry over the weekend but called me immediately on Monday and took time to explain my legal options even though the case wasn't a good fit for his firm. Quincy S.
View More
Submit a Law Firm Client Review